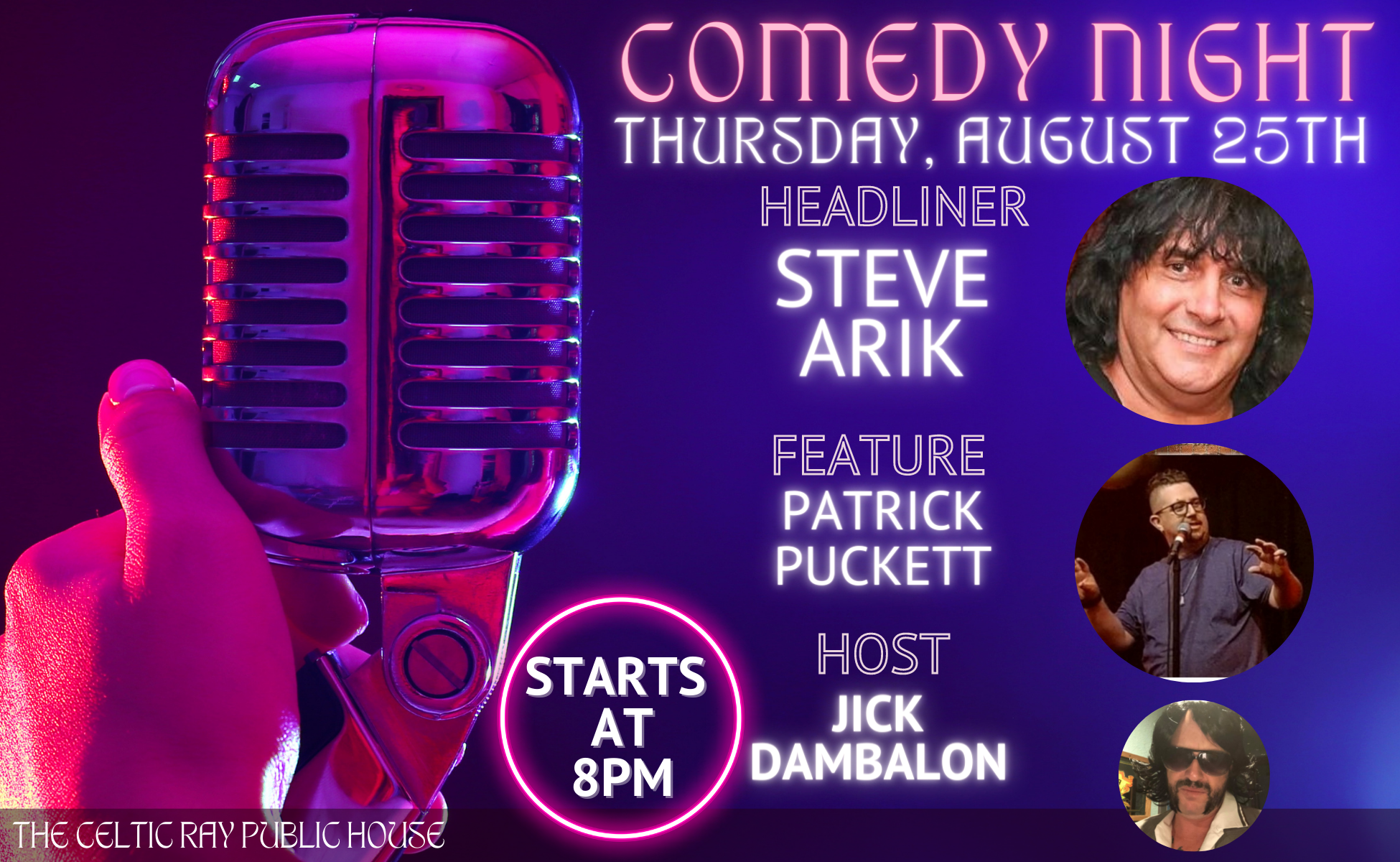 Thursday, August 25th will be out next Comedy Night with Headliner, Steve Arik and Feature Patrick Puckett. Come join us for a pint [or 2]

Thursday, August 25th will be out next Comedy Night with Headliner, Steve Arik and Feature Patrick Puckett. Come join us for a pint [or 2] and share some laughs with us. Sláinte!
STEVE ARIK:
A comedy club veteran of over 35 years, Steve Arik delivers hard hitting adult humor that makes him a crowd favorite.
PATRICK L PUCKETT is an American comedian, writer & radio personality. Patrick began his career in Los Angeles in 2008 cutting his teeth on some of L.A.’s hottest clubs such as Garret
Morris’s Downtown Comedy Club, The Comedy Union, HaHa Café, and the Belly Room of The Comedy Store. Patrick has performed in a variety of venues from small bar gigs to large venues such as the Tulsa Convention Center as well as comedy clubs, colleges and prisons around the
southwest. Using his skill for quick wit, biting sarcasm, and clever turn of phrase, Patrick has an uncanny
ability to dive into the dark corners of his personal life in a way that’s easily relatable. He talks candidly about his upbringing being raised by his deeply religious grandparents in New Mexico
and Texas, his 2 marriages to his colorful ex-wives, and a life full of lessons learned the hard way.
Although there are some silly moments for the audience to enjoy; Patrick’s comedy is irreverent, bombastic, ostentatious, and defiant of social norms, the status quo, and sacred cows of society at large.