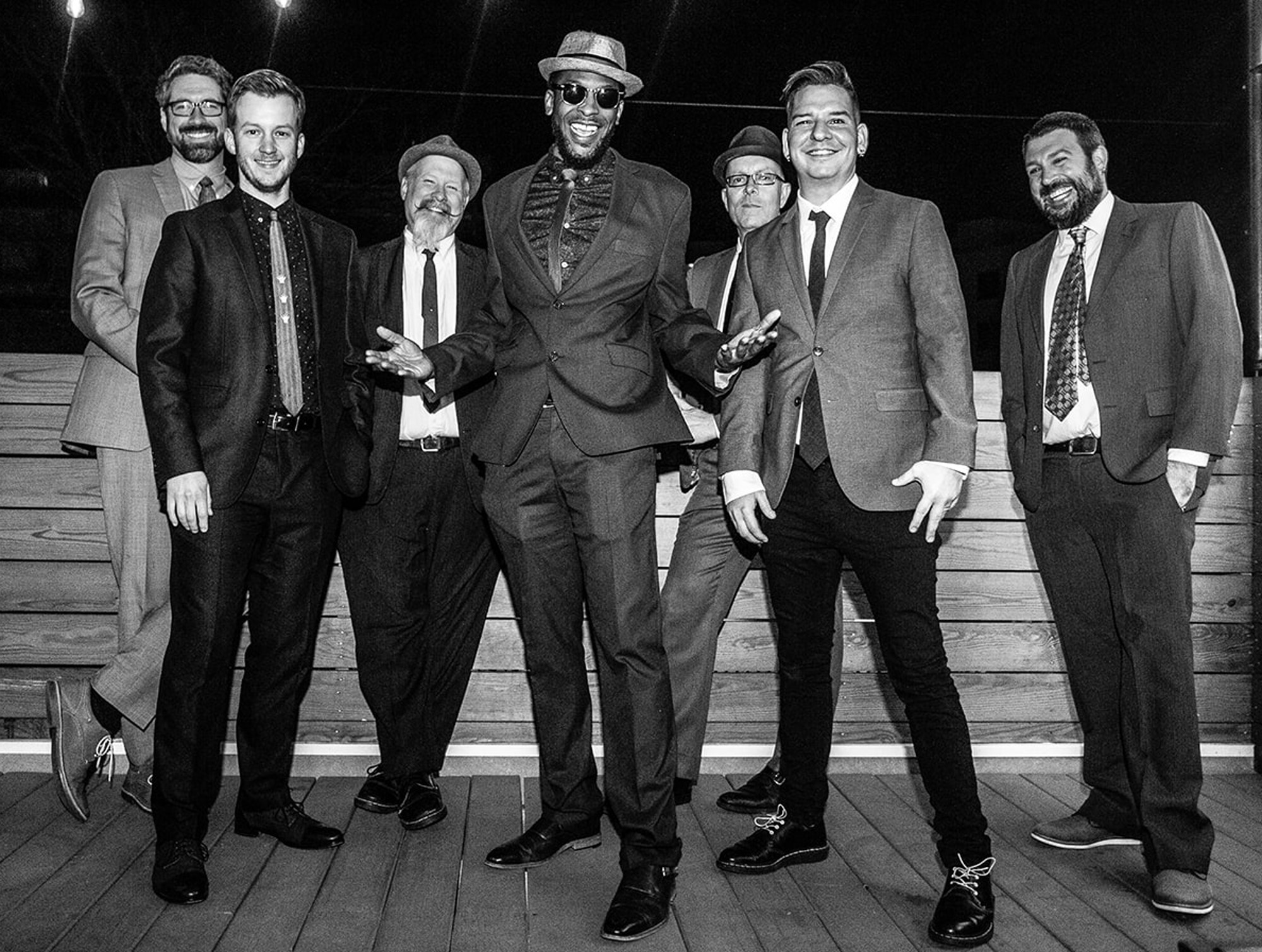 http://www.easternstandardtime.com/ https://www.thefreecoasters.com http://www.chrismurraymusic.com Put together top musicians from the Jazz and Reggae scenes, give them the recipe for the original Jamaican Ska, throw a dose of Soul in the mix

Put together top musicians from the Jazz and Reggae scenes, give them the recipe for the original Jamaican Ska, throw a dose of Soul in the mix and the result is Eastern Standard Time. From their initial days as a Be Bop influenced Ska-Jazz supergroup, the band has matured over more than two decades, adding Rocksteady, Reggae, Dub, Soul, and even Spy Jazz into their repertoire.

Eastern Standard Time is a world-class act, with dozens of tours of The United States, Canada, and Europe to their credit. They can also lay claim to being the first U.S. band of their genre to tour in Russia.

Asked to back such classic Jamaican artists such as Roy “Mr. Symarip” Ellis, Charley Organaire, and Derrick Morgan, EST has cut their teeth with the originators of the style, including releasing a live album with Derrick Morgan that was recorded at the 2017 Supernova International Ska Festival. They can also occasionally be found as a backing band for artists as diverse as King Django, Dr. Ring-Ding, Chris Murray, and Mr. T-Bone.
—–

Chris Murray is a unique force on today’s music scene. Born in Toronto, he earned a strong reputation as a dynamic performer and gifted songwriter as leader of influential Canadian ska group King Apparatus. Upon the band’s breakup, he relocated to Los Angeles, emerging as a solo artist with The 4-Track Adventures Of Venice Shoreline Chris, recorded in various locations on a portable 4-track cassette recorder.

Life has led Chris down a musical path to the very roots of reggae music. From trading songs on acoustic guitar with boogie-ska pioneer Laurel Aitken and singing with famed bandleader Carlos Malcom, to jamming with The Specials in a basement club and recording with Jamaica’s original rhythm section, Lloyd Knibb and Lloyd Brevett, Chris has served his apprenticeship with the finest musicians associated with the genre. He has also performed with backing groups for such legendary Jamaican artists as Rico Rodriguez, Leonard Dillon (The Ethiopians), Eric Morris and Prince Buster.

His album Slackness was recorded with NYC stalwarts The Slackers. He is co-writer of the Hepcat classic, “I Can’t Wait”. His group, Chris Murray Combo, has performed at Fuji Rock Festival. His song, We Do The Ska, was covered by highly beloved UK group, The King Blues. He has collaborated with countless talented musicians from around the globe, and become a legendary artist in the contemporary international rock steady scene.